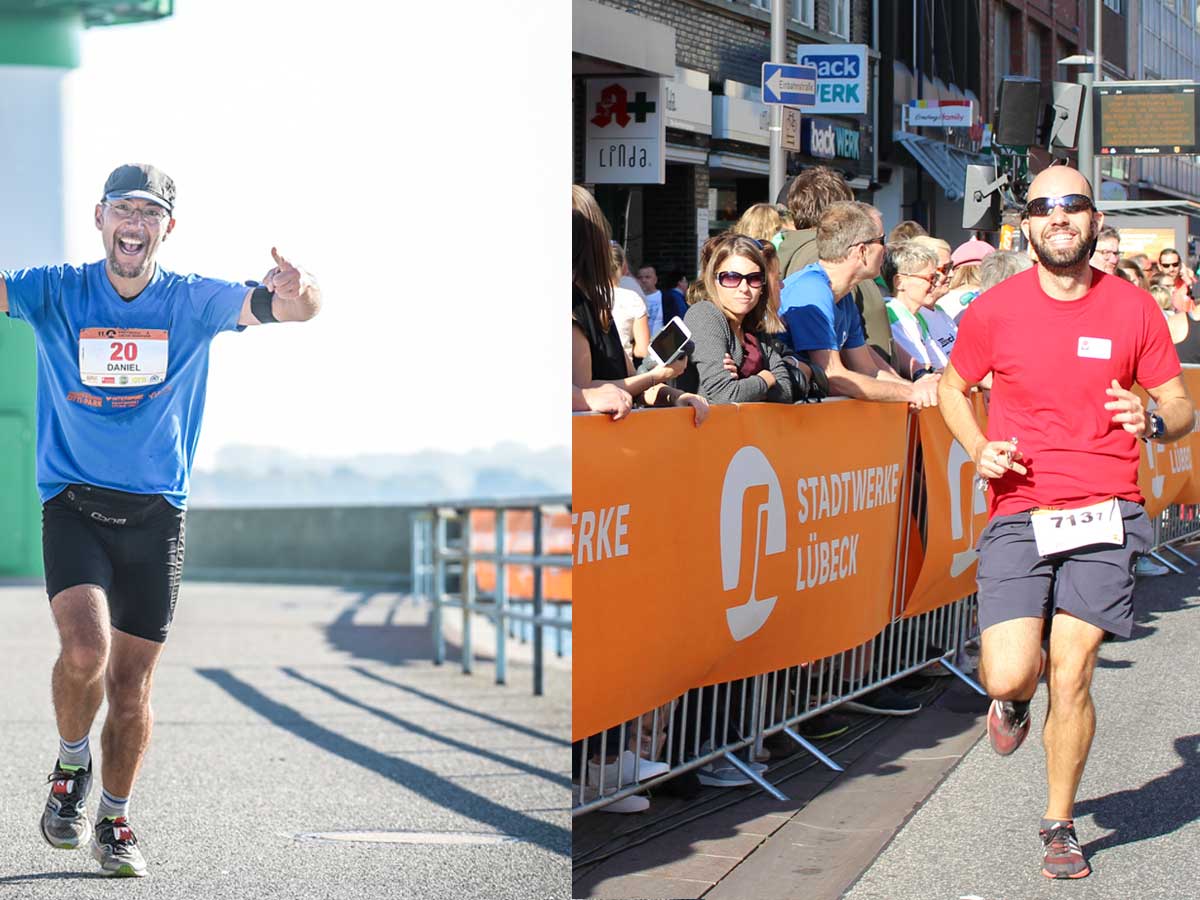 last years winner with the repeat

With 476 participants the Marathon was heavily occupied this year. 3 times marathon winner of Lübeck and owner of the course record Jon - Paul Hendriksen (NZL) as well as last year's winner Sören Bach from Hamburg were considered as one of the favorites. Sören Bach secured himself the title with a time of 2:37:22, ahead of Jon - Paul Hendriksen (2:42:10) and Michael Keil (2:42:35). Britta Giesen from Hamburg won the women's race again with a time of 3:10:40.

Followed by the audience the marathon were broadcasted live on video walls in the center of the city. When would the lead vehicle be seen? The clock is ticking. The age - old track record from Jon - Paul Hendriksen 2009 of with 2:31:27 is no longer to create. Finally, the leader is in sight. The audience increases their cheers. Everyone knew that last year's winner Sören Bach from Hamburg has taken the lead. Overjoyed he won with a time of 2:37:22 and thus took his second title at Stadtwerke Lübeck Marathon. A few minutes later "Old Master" Jon - Paul Hendriksen finished and congratulated the winner. Shortly thereafter Michael Keil from Emkendorf (SH) finished in third place. Sören Bach thanked Jon - Paul Hendriksen for his great race and called him "a real role model for many runners in the scene". After Luebeck's Daniel Tomann-Eickhoff in 4th place (2:45:30), the Latvian Dmitrijs Nicipors came in 5th at his 10th marathon start in Lübeck (2:48:08) and was getting proudly hugged by his two daughters and his wife. For the women the Britta Giesen won again after 2014 with a time of 3:10:40. Anette Hausmann from LC Duisburg (3:13:42) took second place, while third place went to Hamburg-born Mareile Kitzel (3:15:00). 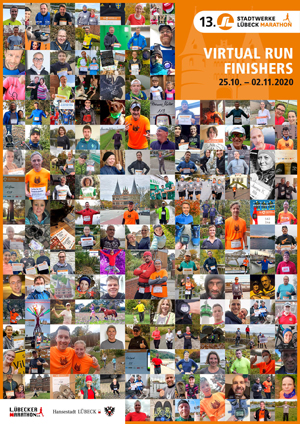